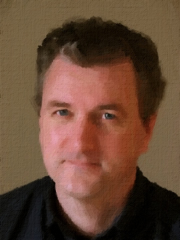 Bodhipaksa was born Graeme Stephen in Scotland and currently lives and teaches in New Hampshire.

Bodhipaksa runs the online meditation center Wildmind to increase awareness of the positive effects of meditation. He teaches at Aryaloka Buddhist Center in New Hampshire, and also at the State Prison for Men. He blogs at Bodhi Tree Swaying.

One Reply to “About Bodhipaksa”