Book extract: Although our world is drenched in water, we rarely appreciate just how little water there actually is. As we look at a globe and see 71 percent of the world’s surface covered in water, we rarely consider that it is spread in an incredibly thin film over the planet’s surface, less than a thousandth of the diameter of the earth at its deepest point, and on average three ten thousandths. If the earth were shrunk to the size of a soccer ball, the average depth of the ocean covering it would be 65 microns, or about twice the thickness of a grocery store plastic bag. 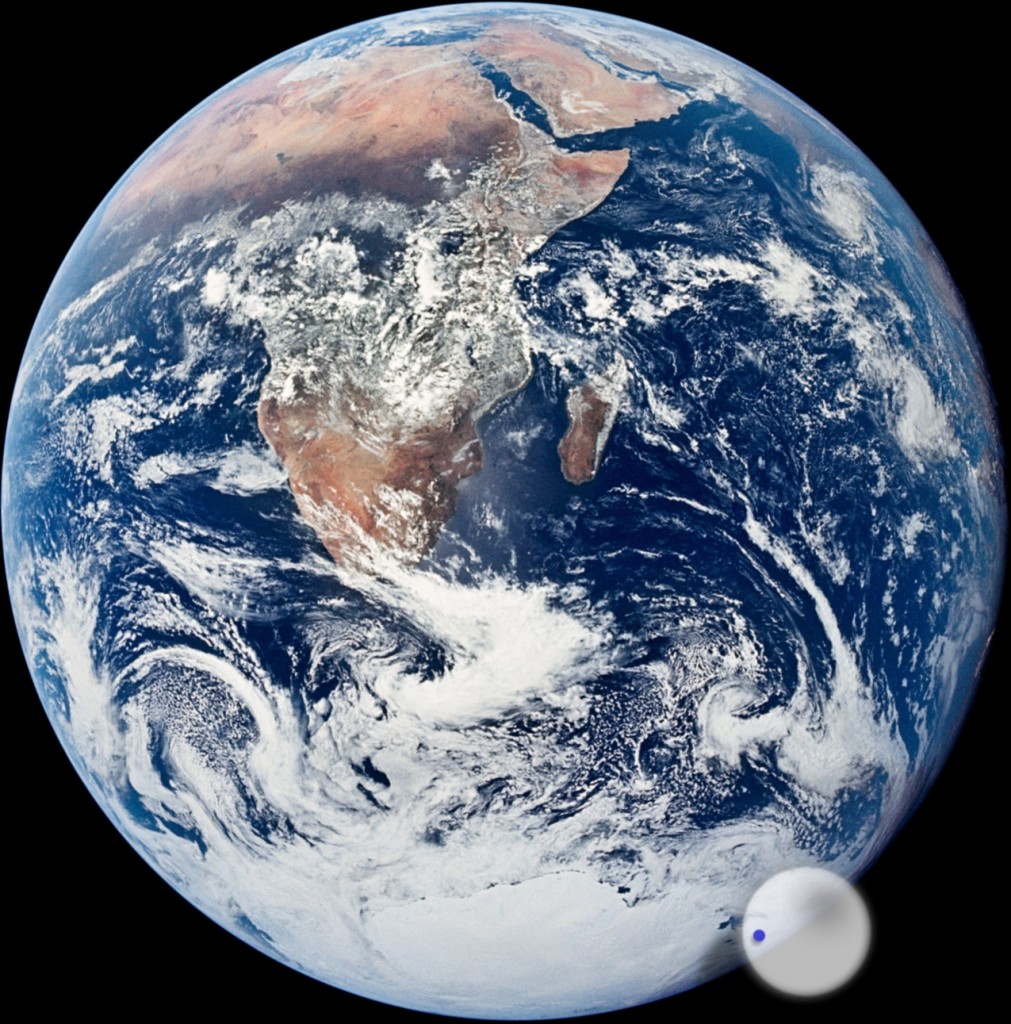 The image above gives a graphic representation of the size of the Earth, its total water supply (the white sphere), and the accessible fresh water reserves (the tiny, dark sphere at 9 o’clock relative to the white sphere). 97% of the total water on Earth is salt water, roughly 1.7 percent is locked up in the ice caps, glaciers, and permanent snow, and a similar amount is soaked deep into the earth. Approximately 0.007 percent of all the water on the Earth is available for direct human use, including water in rivers, lakes, reservoirs, and accessible aquifers. You may have to look at the diagram above very hard to notice the tiny dot representing this.

Here are two recent stories illustrating some of the problems we’re facing because of our lack of respect for the Water Element.